Meet the man behind the metal 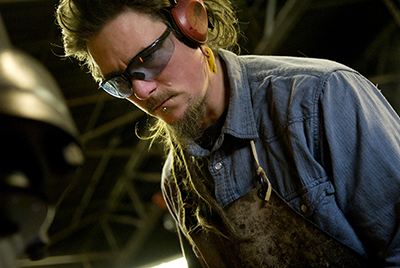 VanMadrone Metalworks, LLC was born of fire in May of 1999. On a cool spring day, I ventured to a neighbor’s house in search of fertilizer for my new garden. Little did I know I would meet an incredible artisan blacksmith who would become my mentor. He introduced me to a world where art and metal coexisted in a fascinating yet functional way.

I spent the next year and a half learning the art of traditional blacksmithing in a dark, smoky shop. The craft was magical and mysterious, and quickly became my calling. Every time I entered the shop and built a fire in the coal forge, the rest of the world would disappear and the only things that mattered from then on were the fire, the hammer and the iron.

More than a decade later, I am still enthralled with this magical craft of old and I am lucky enough to call myself an artisan blacksmith, a man whose love of metal became more than a passion, it became my life.

About the author: admin

You can leave a reply or Trackback this post.